Soundalikes was formed in 2019 after the the success of our sister company ‘Lookalikes‘ and the hit channel 4 and Netflix show ‘Lookalikes‘. It was a reality/comedy that followed our founder Andy Harmer and the day to day running of the agency. Though Lookalikes and Soundalikes appeal to a similar audience we believe that there is a larger market for Tribute Acts and that it deserved its own platform. We have over 20 years experience in the industry and knowledge of the finest Soundalikes and Tribute artists in the business.

At Soundalikes we strive to be innovative, creative, hard working and friendly to bring you the best quality in Celebrity Experience! 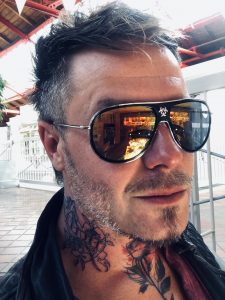 Our Founder Andy Harmer is the best known face in the business. He was David Beckham’s body double for twenty years. He has been on a wide range of films and TV shows including Bend It Like Beckham, Dragons Den, Weakest Link, This Morning, just to mention a few.

His creative thinking and entrepreneurialism is two of his most recognisable and unique qualities. He recieved one of the largest standing ovations on Britains Got Talent 2010 for his Lookalike dance act ‘The Chippendoubles‘. The peformance now has 60million views on Youtube. Andy went on and reached the semi finals in Americas Got Talent with his US version of the same act.

It was only natural progression for Andy to start his own Lookalike Agency aptly named ‘Lookalikes’. He then created a TV series based on the day to day running of the agency. The reality/comedy, aptly named ‘Lookalikes‘… went on to be a hit show on Channel 4 and Netflix across the globe with a rating of 7.7.

It is now Andy’s vision to move into the world of SOUNDALIKES as an exciting new chapter, providing you with the best quality Celebrity Entertainment. 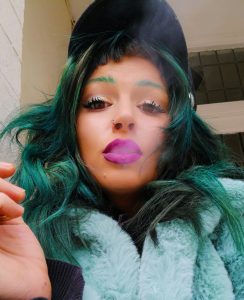 Emily isn’t ordinary, in every sense of the word. She has an extensive range of passions in the creative field. She is a respected film maker for video campaigns and other small productions. She is a musician, and is currently forming a Female Punk Band called ‘The Margarets’. She has studied Music Journalism at University and then returned 4 years later to Brighton University to study for her BA in Digital Media Design. Her passion for music and creative ideas makes her a valuable asset to Soundalikes.

You’ll be sure to remember her voice on the phone and her personality if you ever get to meet her.

If you you require further information feel free to get in touch.

Your cart is empty.